For career-conscious business managers, the ability to spot and reduce inefficiency is a critical skill. At an airline, that might involve filling more seats on the New York to Los Angeles route, or speeding up the between-flight turnaround times. In any industry, managers who find reliable ways to maximize resources and cut costs tend to get promoted.

Mundane problems like unpredictable weather and employee illnesses make sustaining absolute efficiency impossible. Consideration for employees and customers limits effectiveness, too, as changes that alienate either group are bad for business. But great managers never give up on the goal. They continually pursue small, smart efficiency gains to improve the bottom line and their careers.

This is where UCLA Anderson’s Kumar Rajaram goes to work. When all the obvious fixes are made, when it looks impossible to eke out any more return from a complex system, Rajaram takes an analytical approach toward improvement.

Using an organization’s historic data, Rajaram and collaborators typically build large-scale optimization models. These models are often used to make real-time decisions. In addition, the findings from their studies suggest where resources are underused and costs are exceptionally high, and pinpoint conditions that exacerbate these problems. Using the model, management can experiment with potential fixes, viewing their effects throughout the organization on paper before committing to real operational changes.

Usually, the organizations see marked improvements by making subtle changes in multiple areas, according to Rajaram. “It’s nothing dramatic,” he says in an interview. “It’s incremental change that needs to be done, and what’s required often isn’t obvious due to the complexity of organizations.”

Put in practice, these tiny fixes can add up to tangible financial gains.

A study recently published in the journal Operations Research details how an optimization model for UCLA Ronald Reagan Medical Center led to a 7 percent decline in one department’s costs, for an annual savings of about $2.2 million. The model and the study were authored by Sandeep Rath of University of North Carolina, Chapel Hill; Rajaram; and Aman Mahajan, professor and anesthesiologist at David Geffen School of Medicine at UCLA.

The medical center’s experience illustrates how an analytical model can help find and correct inefficiencies that might escape even the most talented managers, Rajaram says. “After some point of dealing with low-hanging fruit, you have to come up with something else,” he says. “The model really deals with the high-hanging fruit.”

A large industry of software makers focuses on helping businesses run efficiently. Software helps schedule shift workers, track inventories, streamline customer relationships and integrate each one of these facets with dozens of other systems within an organization. Large organizations customize software products to fit their specific needs.

But some systems are so complex, with so many unpredictable variables involved, that even specialized software can’t handle the work without a lot of consistent human help. The operation services department at Reagan Medical Center faces such a problem daily as it staffs and schedules surgeries. Software helps, but to incorporate all the ever-changing elements of the day’s procedures and professionals, the job requires a highly paid anesthesiologist to draw out the schedule on a whiteboard every day.

The department schedules all non-emergency surgeries — typically between 30 and 65 a day — by assigning an operating room, an anesthesiologist and a nursing team to each one.

Most of the operating rooms are shared by 12 specialties, within which about 2,700 types of procedures are performed. Plastics, ear-nose-and throat, urology and a few other specialties can use any operating room. But only three or fewer rooms can handle surgery involving children, cardiac trauma and a handful of other specific issues. The numbers and surgical specialties differ at every major hospital, making it impossible for a software company to devise off-the-shelf software that neatly solves the problem.

Surgeons request start times, and they must fall between 7:00 a.m. and 3:00 p.m. Any surgery that goes on past 3:00 p.m. incurs overtime costs for nurses and technicians.

Each of the center’s 92 anesthesiologists is a specialist in at least one field, and they typically are assigned to surgeries according to their top specialty. They work in three shifts, can be assigned only to surgeries that start during their shifts, and get overtime if surgery goes beyond their shifts. Every day, some anesthesiologists are assigned to be on call to cover delayed starts.

The time needed for any given surgery is uncertain, an issue that leads to late starts for some surgeries and lull times in some operating rooms. Idle anesthesiologists on call are expensive, but not as expensive as paying them overtime. More time is needed to prep the room between surgeries if they are different procedures.

Meanwhile, the department’s financial results are determined by how consistently it can keep each of these operating rooms and anesthesiologists busy without overextending. With about $120 million in annual revenues, operating services collect about 10 percent of the medical center’s total revenues.

Rajaram’s team sought ways to make optimal use of the department’s resources — mainly anesthesiologists and operating rooms — and to minimize costs.

The researchers first collected data that showed typical operating room and anesthesiologist usage rates from many different angles. For example, average daily utilization of anesthesiologists historically was close to 75 percent. But it fell to less than 70 percent for about a quarter of days, according to the study. Average utilization for the operating rooms was close to 78 percent.

Even with this relatively low utilization, the medical center was keeping an average of six anesthesiologists on call per day. Average on-call and overtime costs for anesthesiologists and rooms were about 33 percent of the department’s revenues, the study states: $40 million for either waiting around or working after hours — whether it’s low-hanging or high-up, that’s a lot of fruit.

Underestimating surgery durations led to high on-call and overtime costs. Schedulers tried to avoid those issues by making large time gaps between surgeries, but that meant more operating rooms had to be open and staffed than necessary.

The research team found that surgeons overestimated time needed for 60 percent of the surgeries. Their forecasts grew less reliable with longer surgeries, according to the study. Yet the department based every day’s schedule on these estimates from surgeons.

The researchers looked at the historic data for average surgery durations. Then they looked to several factors they found to be indicative of whether a surgery would run close to average time, or go longer. One of the best clues was the patient’s level of fitness, as measured by the anesthesiologist in a standard pre-op check. Healthier patients spent less time in surgery.

Using the model, they developed different sequences of surgeries to create an operating room that ran a steady stream of business without high costs. They found that by combining into one operating room uncertain surgeries with short, more predictable surgeries, the hospital saved money. Even with potential increases in overtime for this room, the change generated savings by eliminating the need to staff underused operating rooms, the study states. Fewer rooms were needed to handle the entire day’s business. Reducing the lull times in these rooms was more efficient than opening up a lightly used surgical suite, even if it required paying some professionals overtime.

The researchers also devised methods for reducing lull times for anesthesiologists. Many anesthesiologists are specialists in two fields, but the department’s assigning system only focused on their first specialties. Assigning one anesthesiologist to surgeries in two specialties during a day, or simply using their second specialty as needed, helped boost utilization of these highly paid professionals by about 2.6 percentage points, the study found. It also played a role in reducing their overtime and on-call expenditures.

The model is currently being used to assign anesthesiologists and operating rooms to surgeries. It has reduced the department’s overall average daily costs by 7 percent, according to follow-up data. The average number of anesthesiologists on call every day declined 6.7 percent, and the number of operating rooms used fell by 8.6 percent. Average daily costs for professionals on call fell by 8.5 percent, according to the study. Average daily overtime costs were down 2.8 percent.

Rajaram stresses that his models “use real data and apply it to real problems.” Since many of these problems are felt across an industry, the models can be applied at multiple companies. Rajaram notes that these models should be attempted only after the obvious, or low-hanging fruit, is picked.

With colleagues, Rajaram has built optimization models in process industries, such as food processing, pharmaceuticals and petrochemicals, and retail. His studies have helped address problems such as: how to design, plan and control refineries; and how to choose stores to test market fashion products and then scale up from those results. Recently, he also worked on a model to catch the most cases of HIV at a Veterans Health Administration station without breaking its budget.

In Rajaram’s work, there are no standard recommendations. His models deal in the unique details of very complex organizations, where needed changes “are not at all obvious.” In the end, the models reveal ways to improve effectiveness that even the best of managers have not seen. 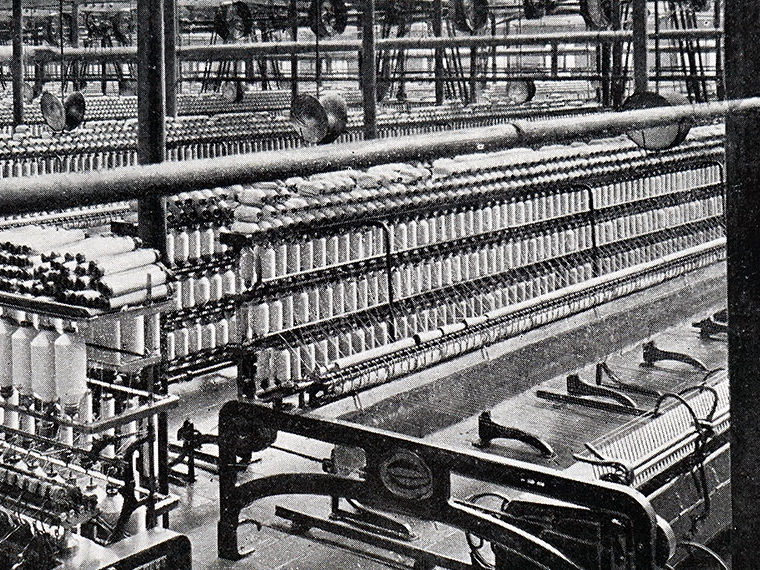 Amid Technology Boom, Where Are Productivity Gains?