The behaviorally disadvantaged individual investor (buy low and sell high is easy to grasp and hard to do) is often portrayed as the hapless schnook that Wall Street and professional day traders make their profits off of.

UCLA Anderson’s Ivo Welch pushes back against the notion that retail investors are investing patsies. In a working paper, Welch says that during the three past years through August 2020, the stocks owned by customers of the popular mobile trading app Robinhood (RH) outperformed the broad market.

When Robinhood was launched in 2013, its disruptive coup was to offer commission-free trades — a move other so-called discount brokerages followed to remain competitive. More recently, it began to offer trading in fractional shares, in case that  $3,000-plus share of Amazon is too much for you. The app’s popularity has risen sharply since the onset of coronavirus. Based on his analysis, Welch asserts that during the worst of the stock market’s volatility, the Robinhood universe did not panic, nor was there widespread margin-call pressure. “RH investors acted as a (small) market-stabilizing force,” writes Welch.

Using publicly available data that tracked what stocks were owned by Robinhood users on a daily basis, Welch created an aggregate Robinhood portfolio. The weighting of each stock in Welch’s RH portfolio was based on its popularity. The more Robinhood accounts that owned a given stock, the higher its weighting. As Welch is careful to point out, the available data did not allow him analyze actual individual portfolios, nor did the data reveal the actual weighting of stocks within individual portfolios: Did someone own a single share of a big winner, and 1,000 shares of a big loser? Welch’s RH portfolio is best viewed as a representation of the collective wisdom of the Robinhood crowd.

For the three-year stretch, Welch says that his RH portfolio outperformed the market on a risk-adjusted basis. And that outperformance held when subjecting it to a model that adjusts for valuation, size, risk, profitability and investment levels, known as the Fama-French 5-factor model.

Welch also created a model that allowed him to approximate the characteristics of an RH portfolio that could be tested back to 1980. He found this approximation of an RH-like portfolio did not underperform from 1980 through last summer.

But they are indeed taking quite a different path than an index-based passive approach. As the graphic below shows, in Welch’s modeling of a Robinhood portfolio, since 2000, the trend has been to outperform on the upside and underperform on the downside.

Nor does Welch’s research suggest that Main Street investors have channeled their inner Buffett and become market sages. He in fact confirms what has been shown in some past research: Individual investors trip over themselves, choosing to own relatable products such as cannabis firms or small unproven story stocks.

In Welch’s accounting, India Globilization Capital (IGC), which is in the cannabis business, was the 27th most popular Robinhood stock in 2019, accounting for nearly 0.60% of his aggregated portfolio. Based on actual market capitalization, the same stock didn’t crack the top 3,200 publicly traded U.S. stocks.

“It is difficult to think of a rational portfolio in which IGC would deserve an investment holding similar to that of J.P. Morgan,” Welch writes. That’s more trend than outlier. Welch notes that in early 2019, Aurora Cannabis (ACB) was the most popular stock on Robinhood. At the time it had a market capitalization of less than $7 billion; Apple’s market cap was more than $700 billion. Welch notes that Robinhood has a special “button” on the app to call up data on cannabis stocks.

But shiny-coin/obscure holdings do not represent the bulk of what Robinhood clients seem to own. Welch estimates that up to 60% of the collective Robinhood portfolio he analyzed was in line with the most often traded large cap stocks in the broad market.

Yet even the large-cap bias isn’t index-hugging. In Welch’s accounting, Apple represented about 2% of the RH portfolio earlier this year, which was less than half the stock’s valuation, relative to the wider market, based on actual market cap. And at the end of June, well into the market’s aggressive rally, Welch’s analysis also found a decided contrarian bent. Some COVID-battered stocks had much larger weightings in his Robinhood portfolio than their broad market weightings: American Airlines (2.3% in RH vs. 0.02% in the broad market CRSP index), Delta Air Lines (2.16% vs. 0.06%), Disney (2.3% vs. 0.7%), Ford (3.38 vs. 0.08) and General Electric (3.05 vs. 0.20).

The month of June was pretty fabulous for those stocks.

Year-to-date, of course, has been another story.

All that lends itself to a lazy narrative that the Robinhood investor is an off-the-rails risk taker. Maybe. It only plays out if you presume a Robinhood customer owns only individual stocks. That might be a leap. Welch notes that Robinhood investors can also invest in diversified index-tracking ETFs, though Robinhood ETF data was not available. Moreover, it isn’t far-fetched to presume the same Robinhood investor who’s couch-trading during the COVID upheaval also has a diversified workplace retirement account. (For the record, 401(k)s typically only offer diversified mutual funds, with index funds growing in popularity.) The lack of panic-selling during the COVID meltdown suggests Robinhood accounts may be the side dish and not the main course for its client base.

That said, the rise of the Robinhood class is an unfolding story that is in its early chapters. Its recent popularity surge has mostly come after the latest market turmoil. Welch calculated that from the March 2020 low for the stock market, through August, the sum total of all shares owned (the number across all accounts, not the dollar value) doubled to more than 40 billion.

In August, Robinhood reported that the platform processed an average of 4.3 million daily trades, well ahead of No. 2 platform TDAmeritrade, with an average trade volume of 3.8 million. And Robinhood is feeling plenty of VC love. In the spring, the private company completed its Series F funding at a valuation of $8.6 billion. Then, in late August, it closed on Series G that valued the firm at $11.7 billion.

That’s clearly a bet that app-based retail stock trading is the new normal and not just a timely diversion in a COVID world in which there were, until recently, few pro teams to follow and in which binge-streaming can wear thin. The next market downturn will be telling. Given the rapid growth of the app recently, it will be interesting to see if the story Welch unearthed persists.

Welch, I. (2020). Retail Raw: Wisdom of the Robinhood crowd and the COVID crisis. 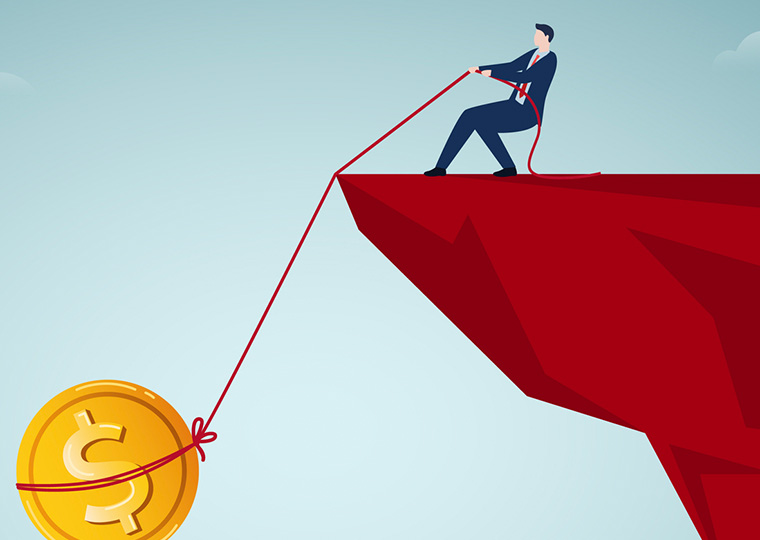