A college education costs more in the U.S. than just about anywhere else in the developed world but, even so, the long-term financial return is pretty fantastic:

Of course, in the early years following a borrowed-for college education, the debt can seem big and the reward, beginning with a starting salary, can seem small, distant and uncertain.

And then there are the external messages to deal with. Type “student loan” into Google and the search engine will likely finish your thought with “crisis.” Not likely to make anyone feel good about a student loan. (In 2020, the Coronavirus Aid, Relief and Economic Security Act benefits federal loan borrowers whose loans are held by the Department of Education.)

Thus, many young adults in repayment mode question their decision to borrow. The Pew Research Center reports that fewer than 50% of adults between the ages of 25 and 39 who took on student debt to earn their bachelor’s degree believe the financial benefits of the degree outweigh the financial cost. (It’s not like debt-free college is nirvana, by the way: Among those who graduated without debt, only 63% say the financial benefit outweighs the cost.)

Greenberg and Mogilner Holmes recruited nearly 6,000 participants to engage in seven studies to learn about the emotions around borrowing. They explored the extent to which three common forms of consumer debt — mortgage, credit card, student loan — impact happiness.

“It would be reasonable to expect that carrying debt with an especially high balance (e.g., mortgages) or an especially high interest rate (e.g., credit cards) would be most strongly tied to subjective well-being,” they write, using the academic term for happiness.

Yet that reasoning did not prevail. “Student loans have the most negative relationship to life satisfaction,” they report.

To start, the authors ran four different iterations of the same survey polling different populations. Participants were queried on what forms of debt they had and then asked to rate their life satisfaction. There was a distinct negative correlation between student loans and happiness, which did not exist for mortgages or credit card debt.

A separate study revealed that people run a different marketing script in their heads for different types of borrowing. More than 1,000 participants were asked to rate on a scale of 1 (not at all) to 7 (very much) the extent to which they perceive a given loan as “debt.” Among participants with student loans, the average score was 6.39, compared to 5.71 for credit card balances and 5.44 for mortgages.

Relative to other debts, a student loan “carries the incessant cognitive and emotional burden of being indebted,” Greenberg and Holmes write.

That finding opened the door to exploring whether nudging student borrowers to have a more positive framing of their loans might help moderate the tendency for the debt to pull down their level of happiness.

Greenberg and Holmes ran an experiment among more than 600 participants, with some having student loans and some not. Participants were then sorted into writing exercises that had implicit mental accounting nudges. Some were asked to write about how this type of loan could make them feel indebted, while the other group was asked to write about how student loans would not make them feel indebted. Participants were then asked to rate their life satisfaction on a scale of 1 to 7 (7 being most satisfied).

For the record, not having student loan debt was, not surprisingly, the ticket to higher life satisfaction. Participants with no student loans reported an average happiness score of more than 5 in both mental accounting prompts.

The ability of that framing nudge to increase happiness led Greenberg and Holmes to give it a real-world spin. Nearly 400 college grads with student loans were recruited on Amazon M-Turk. Half were asked to write about how they are still benefiting from having gone to college. With that nudge, the average life satisfaction score (on a 1–7 scale) was 4.29 for those prompted to think about the benefit, compared to 3.87 for the control group.

Playing up that mental framing could be especially helpful given the timing mismatch inherent in student loans. Payback typically starts after the loans have been consumed; that is, after one has finished school. That’s different from other types of debt (mortgages, car loans), for which payment is occurring while you are consuming (living in the house, driving the car).

The burden of paying back those loans is increasingly cited as crowding out a variety of financial and personal goals; studies and surveys find that student loan repayment is a factor in why younger adults are delaying home-buying, saving for retirement, settling down and starting a family.

Even so, for the typical borrower, payments should be manageable. Among bachelor’s degree recipients who take on federal student loans, the average balance at graduation is between $27,000 (four-year public school) and $31,000 (four-year private nonprofit). Mark Kantrowitz, an expert in college financing, arrived at a manageable borrowing guideline based on studying student loan default data: If total borrowing is limited to no more than the expected first-year salary, that should enable the borrower to earmark no more than 10% of gross income to repayment, and have the debt paid off in 10 years. Given that the average starting salary for bachelor’s degree holders is around $50,000, emerging with a typical debt load of $30,000 or so should be manageable.

Short of a reordering of the U.S. higher education system, the best safeguard for happiness would seem to be to educate potential borrowers on how not to over-borrow, given their expected earnings after graduation. But even with that guardrail in place, Greenberg and Holmes’ research suggests that reminding borrowers of the long-term benefits they are accruing can reduce the extent to which student debt weighs down happiness. 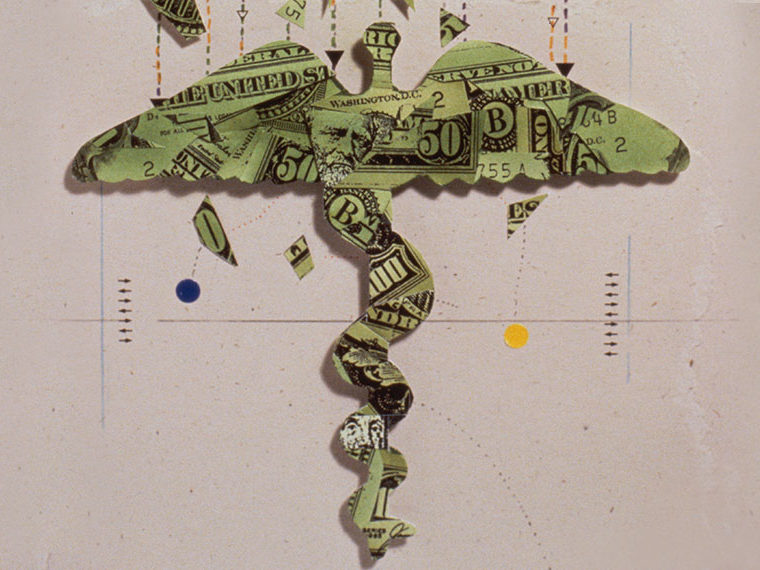 Medicare Could Save by Subsidizing Providers’ Capital Spending