The narrative of a growing cultural divide, while partly true, conceals a more nuanced picture

If you believe the pundits, Americans are divided as never before. Red states versus blue. Black versus white. Men versus women. Young against the old. This barely contained intramural warfare has created dysfunctional politics and is ripping apart the social fabric.

Not so fast. Southern Methodist University’s Klaus Desmet and UCLA Anderson’s Romain Wacziarg suggest in a working paper that the picture is a lot more complicated — and not nearly so dire.

Using nearly 45 years of survey data, the researchers conclude that, yes, there’s a divide over cultural values in the U.S. and that the split has generally grown wider over the last two decades. But the rift still isn’t as great as it was in the early 1970s and, despite wide disagreements over some cultural values, most occur within social groups, not between them. What’s more, many of the previous cultural splits — between the young and the old, for instance — have narrowed significantly during the period. “The data doesn’t support a sweeping conclusion that there are deepening cultural divides,” the authors write.

So why do commentators think the cultural gulf is wide, and growing? Along some lines, we are more polarized: for instance, between political identities and between religions, where differences are large. The political and religious divides began widening in the late 1990s and accelerated in the 2000s. These divides attract a lot of media attention. Rifts have also widened along income, education and racial lines. We are also more divided in terms of attitudes toward specific social debates, such as those around gun laws and confidence in some civic institutions.

“Many commentators have focused on the cultural divide across political lines,” the authors write, “ignoring trends across other divides and ignoring heterogeneity across memes” (the term the paper uses to describe cultural values, attitudes and traits).

The study is based on the General Social Survey, which measures public attitudes and opinions on a variety of issues. Reviewing survey data from the years between 1972 and 2016, the authors used 76 questions (asked in the survey) to identify views on religious beliefs and practices, public-policy preferences, moral values and tolerance for other lifestyles. The survey, conducted by the NORC (formerly National Opinion Research Center) at the University of Chicago, includes questions on people’s confidence in large corporations, opinions on sex before marriage, views of the criminal justice system and other sociological and attitudinal topics.

Desmet and Wacziarg’s paper looks at the cultural divide in two ways. First, it considers overall disagreement on a variety of policy and cultural issues. How big is the divide among all survey respondents over gay marriage? prayer in schools? the death penalty?

Second, it explores how different groups view those issues. The authors divide their sample into 11 “identity cleavages” — age, educational attainment, race, ethnicity, family income, gender, political-party identification, region, urbanicity, religion and work status — and then calculate how much a person’s values depend on the group he or she identifies with. How predictive is someone’s age, gender or political affiliation in terms of that person’s attitudes about crime or confidence in big business?

On many issues, the authors see a growing convergence of views. Free speech is one example: When asked in 1972, “Should an atheist be allowed to make a speech against religion in your community?” 62 percent said yes; the same question in 2016 found 80 percent in agreement.

This increased move toward consensus shows up even in unlikely social match-ups. In 1972, 80 percent of people in cities of more than one million favored free speech for atheists, compared with 58 percent in areas of fewer than 10,000. In 2016, the share in cities was unchanged, but in small towns had jumped to 78 percent. “For this particular question on free speech, the rural-urban divide all but disappeared,” the authors write.

Attitudes, the data suggests, can also change from agreement to a new and different consensus. On the question of legalizing marijuana, before the 1990s, a growing share of Americans favored keeping the drug illegal, peaking at 83 percent. Since then, the public has largely reversed itself: in 2016, only 39 percent favored continued criminalization. A new, and opposite, accord on the issue had emerged.

Why do some divisions break along identity lines and others don’t? The paper proposes a mathematical model that sheds some light on the question. The model considers three factors — the transmission of values between generations, conformity to majority values and the spread of new attitudes on cultural issues — that contribute to cultural change and can lead some views to converge and others to conflict.

In simplified form, the model describes how “social influence” can lead to a change in an individual’s or a group’s cultural values. Depending on their interactions with each other, people can keep the values they learn from their parents, adopt the attitudes of the majority or respond to new cultural ideas. A divide can open up if interactions between groups close down and members begin to connect more with each other and less with those outside. But if communication between identity groups remains open, then values will stay more or less stable between them.

For example, cultural differences between men and women remained relatively small from the 1970s to the mid-1990s, rose slightly and then declined steadily. This reinforces the paper’s larger point: When it comes to men and women, who do not live isolated from one another, the divide over values is greater within each gender than between them. (Of course, the data set ends in 2016 and doesn’t reflect any possible changes in the wake of the Trump-Clinton election campaign and the subsequent #MeToo movement.)

Applying their model to their survey data, the authors suggest that new communications technologies may have contributed to any widening in the cultural divide since the 1990s. With the internet, social media and cable television news, people who share particular values can connect with the like-minded in ways they couldn’t before. At the same time, they communicate less with those with different views, creating a cultural “echo chamber” that reinforces conformity within groups.

That may explain why divisions along party lines have become so unyielding while others have weakened. Thanks to the internet, those who identify as Democrats in, say, Colorado can now easily share views with Dems in New York, California or, for that matter, rural Iowa. Social media and cable news make it possible for them to have contact only with those with whom they agree. As certain cultural values — for example, abortion rights — become associated more with one party than the other, people increasingly will choose the political party that shares their values, an example of “sorting” that leads to even sharper divisions by party ID. 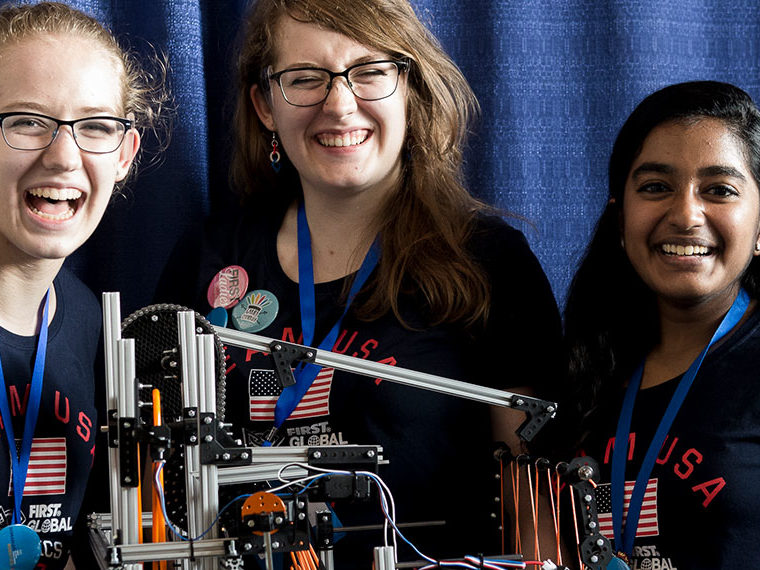