Passing half a million deaths and 28.6 million confirmed cases, the U.S. coronavirus experience is a unique public health catastrophe, made worse by failure to persuade people to stay at home and, when among others, to wear masks.

Even as the pandemic wears on and new strains of the virus threaten to prolong the crisis, researchers are examining state and local plans and the behavior of local populations to begin to understand policy failures and what drove lack of compliance with expert advice and orders.

—An initial period when health officials and the populace were caught off guard and the virus spread rapidly, especially in New York.

—A second phase, in which people who could not work from home helped spread the virus, most prominently in the U.S. South.

—A third phase, marked by concentrations of the virus in the Upper Midwest, in which opposition to mask wearing became strongly aligned with political and ideological beliefs, including Trumpism and anti-government.

The researchers relied on confirmed case and deaths data from the Centers for Disease Control and Prevention. They drilled down on shelter-at-home data using Google Mobility, a system that tracks user movement from home, to work, to restaurants etc. For mask-wearing they relied on two data sets: a 250,000 person survey across more than 2,000 counties conducted by the New York Times in the first half of July and a survey by Carnegie Mellon CovidCast from September to November that covered about 600 counties.

They then merged that information with county and state level data on economic factors (income, poverty level, state safety net programs) and ideological markers, including religiosity, belief in climate change, support for limited government, and the share of Trump voters in the 2016 election.

The Not-So-Great Migration of the COVID-19 Epicenter

The researchers suggest that the economic weakness in Southern states was a main driver of this second-wave outbreak in the South. They assert that states where workers were less likely to be able to work from home, and where social safety nets were weaker, tended to either not issue a stay-at-home mandate, or reopen too early. The reopening also led to a resumption of religious gatherings, which other research has identified as being a source of COVID-19 spread.

The third stage of the virus migration last fall hit hardest in the Upper Midwest during the heart of the 2020 presidential election cycle. The researchers suggest this outbreak was fed by ideological expression. They found a strong correlation between higher levels of Trump support, desire for small government, and lack of trust of scientific fact and lower adherence to mask-wearing and social distancing.

The staggered nature of the U.S. spread of the virus reflects the lack of central government coordination, relative to other countries, and the widely varying approaches of states and cities throughout the U.S.

In contrast, in Europe, where the majority of countries imposed top-down rules, the prevalence of outbreaks in a given country was generally consistent across the earliest stage (February-April) and the later stage.

The Economics of Shelter-in-Place

In the U.S., among the factors the researchers studied, the strongest determinant of whether people followed stay-at-home orders was their median household income, which is a proxy for one’s economic vulnerability to external crisis. The next three highest correlations for why people adhered to stay-at-home directives were all economic related. Conversely, ideology ruled for why people didn’t wear masks.

The single most predictive variable in mask coverage is Trump votes in 2016, followed by disbelief in climate change.

After establishing the role that economic factors and ideology had in motivating people to stay at home and wear a mask, the researchers turned their focus to the bottom line: What role did these factors play in actual outbreaks?

There is a strong correlation between confirmed outbreaks and ideology.

The researchers note that additional study is needed to confirm whether correlations they identify are in fact associated with the response to COVID-19 mitigation directives.

Many existing studies cite nonadherence as a cause of outbreaks. Behavioral science suggests the more we can know about motivations for nonadherance, the more potential there may be to construct policy or personal nudges that compel individuals to alter their behavior. This study suggests that in the case of COVID-19, a unified national policy that addressed the economic and ideological stressors that fed the poor response could have reduced suffering. 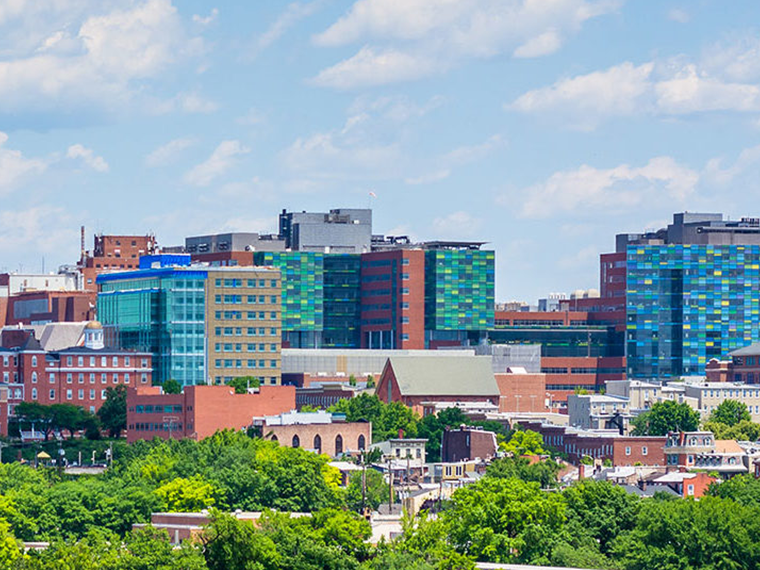