With $870 billion in unpaid credit card balances and an average interest rate currently pushing 17 percent, millions of American households find their well-being hinges on how they might tackle paying down this costly debt.

The financially rational strategy would be to make a priority of paying off the balances that charge the highest interest rate. Yet that logical dollars-and-cents strategy is suboptimal in the real world. Research shows that consumers often have better success if they repay smaller debts first. The psychological lift of being able to pay off a debt entirely — closing an account, if only figuratively — can often be more compelling than making the money-saving move of focusing on the card that is charging the highest interest.

This divide between rational theory and what people find motivationally compelling is a recurring theme in an article by Adam Eric Greenberg of Bocconi University in Milan and UCLA Anderson’s Hal Hershfield, published in the Consumer Psychology Review. They survey the deepening reservoir of research on consumer financial decision making.

Over the past 40 years, creating and maintaining financial security has been foisted on consumers, requiring navigation of an increasingly confounding financial services industry. Given that challenge, improving consumers’ financial literacy would seem to be a smart way to spur better financial well-being.

Yet Greenberg and Hershfield note that multiple studies that looked at financial education found this logical good intention often comes up short. “Financial education by itself is relatively ineffective at changing behavior,” they write. A more promising approach is to wrap education within a personal context. Education delivered when receiving financial counseling can produce better decisions and outcomes.

Credit card debt is an especially vexing challenge to financial security. Beyond the interest rate trap, academic research published in 2005 established that consumers view cards as gateways to “lifestyles that they cannot afford but wish to attain,” write Greenberg and Hershfield. The financial services industry has little motivation to dissuade consumers of this perspective. But related research cited in Greenberg and Hershfield’s review of the literature suggests determined individuals may be able to build in a few systems to resist the temptation.

One study found that when banks increase credit card limits, folks spend more. “When consumers have a higher limit on their credit card spending, they infer (often erroneously) that their future incomes will be higher, and thus, that they will have enough money at a later date to pay off their credit cards,” explain Greenberg and Hershfield.

Though it may sound a tad un-American, refusing a higher credit limit could help control spending.

Relying on a bank debit card rather than credit cards can also serve as a braking system on overspending. Research shows that consumers spend less money and buy less when they use cash, compared to when they charge it on a credit card. And automated payments, whereby you preset your bill to be paid off in full no matter the balance, can be an effective end-run around the costly “minimum payment due” anchoring trap that shows up in your monthly statement.

An inability to sufficiently save for short-term and long-term goals remains a persistent threat to individual financial well-being. An academic study estimates that one-third of the U.S. population says it would likely be unable to come up with $2,000 within a month to pay for an unexpected expense. While lower-income households are the most insecure by this measure, the middle class is not immune. An estimated 30 percent of individuals with incomes between $50,000 and $75,000 and 20 percent of individuals with income between $75,000 and $100,000 are “financially fragile.”

Insufficient savings for retirement is also a pervasive threat to financial well-being. The non-partisan Employee Benefit Research Institute projects that about 40 percent of U.S. households in which the head of household is between the age of 35 and 64 will run out of money in retirement.

Here, too, academic research has identified a series of behavioral nudges that can help. Greenberg and Hershfield reference a study that showed focusing on smaller, attainable goals is a more effective motivation to save than setting out to achieve some giant goal. That suggests you focus on what you can manage to tuck into emergency savings this week or month and tune out the noise that is harping on your need to save six or more months of income. Same goes with retirement savings. Eyes off “the number” you think you will need 10, 20, 40 years from now and focus instead on the fact that you’re saving some of your paycheck today.

“When consumers can reframe their larger goals in terms of subgoals, they perceive themselves as more able to attain their goals, and can accumulate higher levels of savings in the long run,” write Greenberg and Hershfield.

Cordoning off different savings accounts for distinct goals — earmarking in academic circles — also can motivate consumers to stick with a saving plan.

The age of automation makes it easier to follow through on research that has found individuals have better saving outcomes when saving is a habit and not a “linear” goal they are working toward. Payroll deductions into a 401(k) or automated transfers from a checking account to a savings account earmarked for emergencies is all this nudge requires.

Yet boosting savings in specially designated accounts does not guarantee better financial well-being. Greenberg and Hershfield cite research that showed individuals’ preference to hold on to savings that don’t earn much, rather than use those funds to pay down credit card debt that is, on average, about eight times higher than what a high-yield savings account pays these days. “Both earmarking and goal-setting have been shown to backfire at times,” they write. “Understanding the importance of savings, people may exhibit a tendency to hold on to their earmarked savings, even when doing so requires accruing high-interest debt.” 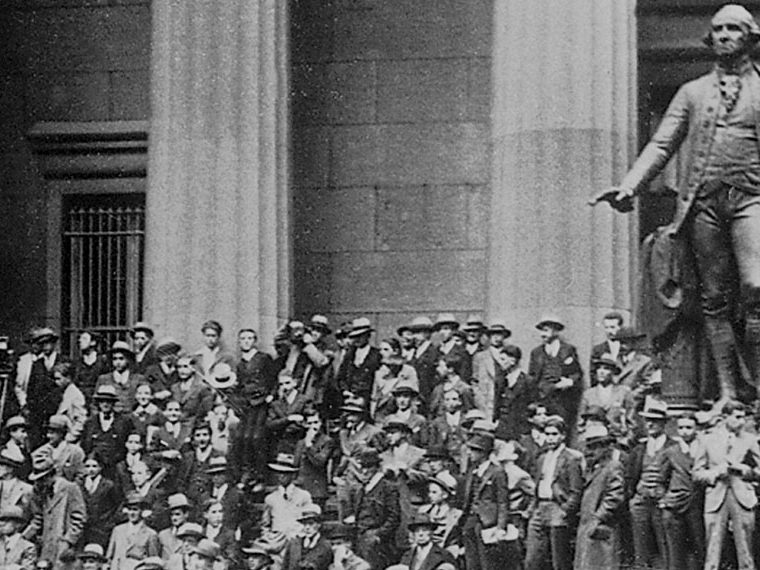 To Wall Street, There’s No Crisis Like a Banking Crisis