For consumers, the gut reaction to many corporate mergers is a glum expectation that competition will decline and prices will rise. And in the short run, that’s a pretty accurate view of mergers’ main economic effects, says UCLA Anderson’s Brett Hollenbeck.

But his research suggests that in some dynamic industries a long-term outcome might surprise both consumers and antitrust regulators. In a paper forthcoming in Quantitative Marketing and Economics, Hollenbeck shows how merger deals can be a net positive for consumers, and the economy in general, by encouraging more business startups and a sharply higher rate of innovation.

In an interview, Hollenbeck said his study was motivated by what he characterizes as a lack of data on the long-term economic effects of mergers. “Most mergers are analyzed in terms of short-term price effects, and this is in part because we don’t have the tools and the theory to consider the long-term dynamic effects,” he asserted. “I wanted to help fill that gap by developing a framework to study the effects of mergers on long-term outcomes like innovation.”

The paper is based on a model Hollenbeck built to measure hypothetical companies’ strategies as they pursue growth. He starts with the assumption that industries are already concentrated, meaning they are dominated by a relative few major players.

In the model, companies are free to enter or exit product lines, invest to boost the quality of their products and seek “horizontal” merger deals (that is, a combination with another firm in the same basic industry). By adjusting the variables of the model — such as the costs incurred by companies launching new product lines or the speed of innovation — the outcomes vary in terms of mergers’ net benefit or detriment to consumers and the economy overall.

“The key factors I wanted to incorporate were that firms compete not just on price but by investing in their product quality,” Hollenbeck said in the interview. “Next, I wanted to allow entrants to potentially innovate and disrupt the incumbent firms so that we can see to what extent acquisitions will either kill off or facilitate greater innovation.

“My overall approach was to see first if it was possible for anticompetitive mergers that are clearly harmful to consumers in the short term — because they reduce choices and increase prices — to nevertheless be beneficial in the long-term by increasing the incentive to innovate. What I found is that this does occur under pretty general conditions,” Hollenbeck said.

The study makes the case that both existing companies and new entrepreneurs are encouraged by mergers rather than discouraged. “The prospect of a buyout creates a powerful incentive for firms to preemptively enter an industry and invest to make themselves an attractive merger partner,” the paper says. Hence, nearly every startup’s business plan includes an exit strategy. “The result is a significantly higher rate of innovation with mergers than without, and significantly higher long-run consumer welfare as well.”

Hollenbeck’s model is suited for the 21st-century economy — “industries where innovation is of first-order concern, such as software, pharmaceuticals, semiconductors and other tech hardware, telecoms, etc.,” he writes.

Tech titan Alphabet Inc., through its Google unit, is a case in point, Hollenbeck said. “Google has acquired hundreds of companies in the past decade and regulators are increasingly wondering whether this is a good or bad thing for consumers. These acquisitions may have prevented a serious rival to grow and develop. But my results suggest the incentive of a lucrative buyout offer from Google has probably caused a great deal of investment and innovation to take place [in startup businesses].”

Hollenbeck keeps returning to the issue of innovation because, as he believes, “Few things matter more for consumer welfare than the long-run rate of innovation.” In his study, the average annual rate of innovation more than doubled when mergers occurred compared with when they were absent.

Hollenbeck also believes innovation within a merged company — as opposed to a smaller company hoping to be taken over — grows. Consider a situation where two firms, both with high-quality products, merge and are able to achieve the “synergies” typically promised to shareholders in such deals. “As synergies increase, the rate of innovation increases dramatically,” the paper asserts. “This is possible because mergers can generate additional innovation beyond that generated by firm investment. If two high-quality firms merge, the new [products] may have a quality above the current technological frontier. Thus, the merger advances the frontier and generates innovation directly.”

Hollenbeck acknowledges there are many old-line industries where corporate marriages face an uphill battle to produce the long-term consumer benefits that emerge in his study. Specifically, he writes, “In more traditional industries where rapid innovation is not possible and large capital investment [is needed], there is no way for acquisitions to generate enough innovation to outweigh the short-term harm to consumers of eliminating competition.”

To put it another way, the success of his theory depends heavily on new companies’ disrupting the status quo with exciting product lines that established firms want to acquire. “The main result that mergers increase consumer welfare depends first on the ability of entrants to enter with at least a moderate product quality,” the study says. The research shows that if firms can enter the industry only at the bottom rung of the quality ladder, the dynamics Hollenbeck describes generally will not occur. Mergers, then, remain “mostly harmful” to consumers.

Hollenbeck said he hoped his paper would be useful to antitrust regulators who wrestle with how to evaluate mergers’ potential benefits versus potential harm.

“I think there is a lot of discussion just in the past year about the appropriate level of tolerance for proposed mergers, and there is a sense that regulators have been too loose in the past in allowing mergers that have raised the level of concentration in certain industries,” he said in the interview. “This is being reevaluated, and the effects of mergers on things like innovation are being added to the conversation much more than they have in the past.”

At a minimum, Hollenbeck’s research suggests, regulators should focus on the importance of allowing easy entry to industries by new competitors. “It is probably more important to prevent firms from taking actions that lock consumers into long contracts or otherwise make it harder for them to switch between competitors,” he said. Such restrictions “will reduce the level of short-term competition, but also reduce the long-term level of innovation because firms have less incentive to compete by developing newer and better products.”

Hollenbeck, B. (2019). Horizontal mergers and innovation in concentrated industries. 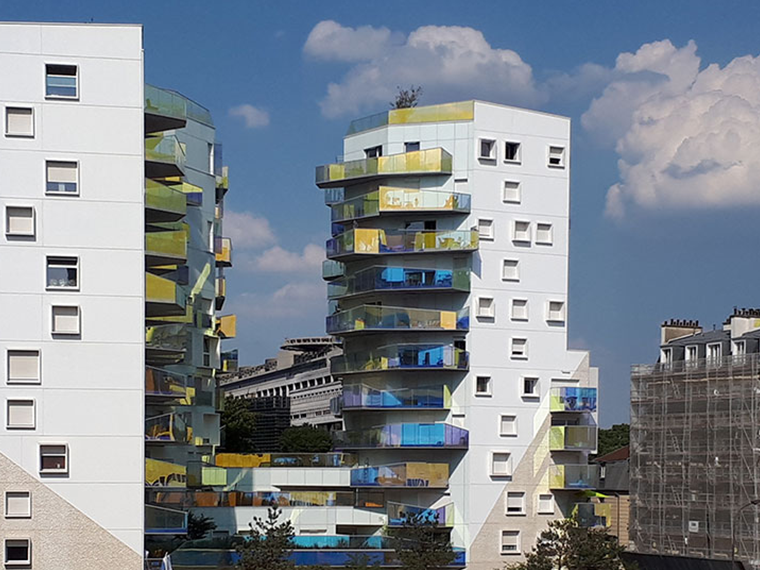