Awards are everywhere, and for good reason. Most of us like our achievements acknowledged, and recognition can be a powerful incentive for better performance. But not all honors are equally effective. Some backfire, for example, because they send unintended signals and sap us of the motivation to excel.

A working paper suggests that can be a problem when handing out awards for school attendance.

The paper — by Harvard’s Carly Robinson, UCLA Anderson’s Jana Gallus, Stanford’s Monica Lee and Harvard’s Todd Rogers — is based on a field experiment among middle- and high-school students. In the experiment, the promise of an award for perfect attendance had no effect on the number of future absences, while an award for past attendance led students to miss more days of school.

Why? A follow-up study suggests that the students may have received an unintended message from the awards. Rather than feel encouraged to maintain their past attendance record, they may have perceived that less-than-perfect attendance was normal among their peers and that they had exceeded the expectations of school authorities. “The award may have resulted in recipients feeling allowed to miss a future day of school,” the authors write.

These findings are noteworthy because awards for attendance are in widespread use in U.S. schools, as the authors confirm in a third study conducted with school leaders and educators. The survey shows that organizational leaders who offer attendance awards are unaware of their potential demotivating impact.

Schools, like employers, have good reasons to value attendance. Studies consistently find that chronically absent students are at greater risk of failing courses and not graduating on time. As a result, policymakers and educators have made reducing absenteeism a priority. California, for instance, in 2016 adopted a law targeting chronic absenteeism; the law encourages districts to recognize students “who achieve excellent attendance or demonstrate significant improvement in attendance.”

But research reveals a mixed picture of the effectiveness of attendance awards. One study in a manufacturing plant indicated that awards can significantly reduce absenteeism. But another found that an attendance-award program led to only a temporary improvement among employees with a history of showing up late — and had a negative effect on workers who previously had excellent attendance records.

Gallus has also explored the value of awards in improving performance, which she lays out in a recent book, Honours versus Money: The Economics of Awards (Oxford University Press, 2017), written with Bruno Frey of the University of Basel. In general, she found, awards can boost worker productivity and improve job satisfaction and, indeed, can be more effective than monetary compensation in fostering a person’s intrinsic motivation to perform well. But award programs have to be designed carefully in order to succeed.

The school experiment sought to test the effect of awards on attendance among more than 15,000 students in California. The students — all of whom had posted perfect attendance in one of three fall months — were randomly divided into three groups: A “prospective” award group received a letter in January telling them they would win an award if they had perfect attendance in February. Those in the “retrospective” award group were notified that they had earned an award for their past attendance. A control group received no notice of an award.

The researchers expected and pre-registered the hypothesis that both award groups would post improved attendance. But when they checked records for February, the prospective award group was indistinguishable from the control group: they had nearly the same number of absences, and about the same fraction of both groups posted perfect attendance. Students in the retrospective award group, however, missed significantly more days of school (an average of 8 percent more days, controlling for other factors). They were also significantly less likely to have perfect attendance records than students in the control group.

The field experiment didn’t speak to why retrospective awards had a negative effect. To answer that question, the researchers conducted a second study.

In an online experiment, a group of adult participants were asked to imagine that they were 10th graders who had received a Perfect Attendance Award for a previous month of perfect attendance. Then they were asked how they thought their hypothetical absences compared with those of their classmates.

The vast majority, 82 percent, assumed they had fewer absences than their classmates, compared with 27 percent in a control group that weren’t told they had won an award. When asked about the school’s expectations about attendance, those in the award group were significantly less likely to believe the school expected excellent attendance than those in the control group.

These responses suggest that in the field experiment the awards sent unintended signals to recipients: that perfect attendance was outside the social norm and that the school in fact expected students to have some absences.

This has implications beyond school attendance. Anyone giving awards, the authors say, needs to be aware of the hidden messages they convey and of the unexpected effects they can have, even on the targeted behavior. 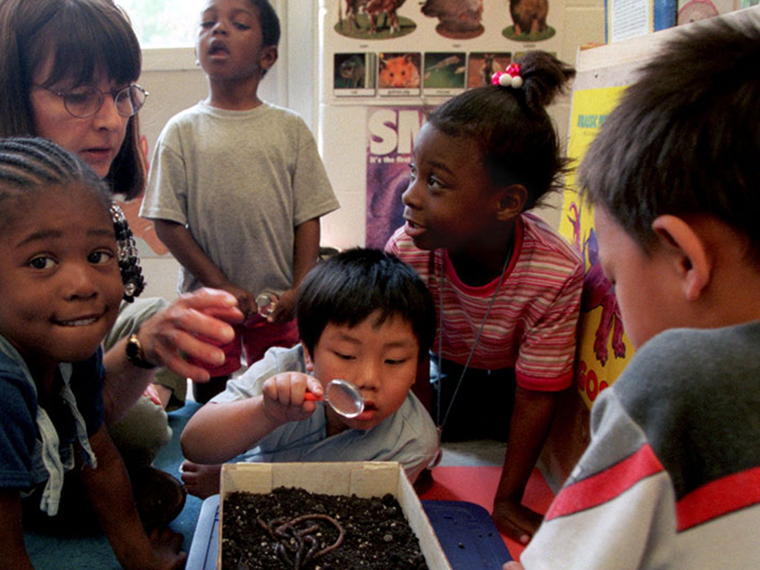